At the end of this lab, don't forget to take Lab Quiz 5! See the quiz page for details of the work due this week.

The logical expressions above are useful not only in designing decisions and selecting data in Python, but the same concept underlies much of the hardware of computers. The and, or, and not can all be simulated in hardware via logic gates. These gates take inputs (usually 0 or 1) and output a value (0 or 1), based on the logical operator it is simulating.

These are standard symbols used to represent logic gates (with input on the left and output on the right; notice that NOT takes 1 input, AND and OR take 2): 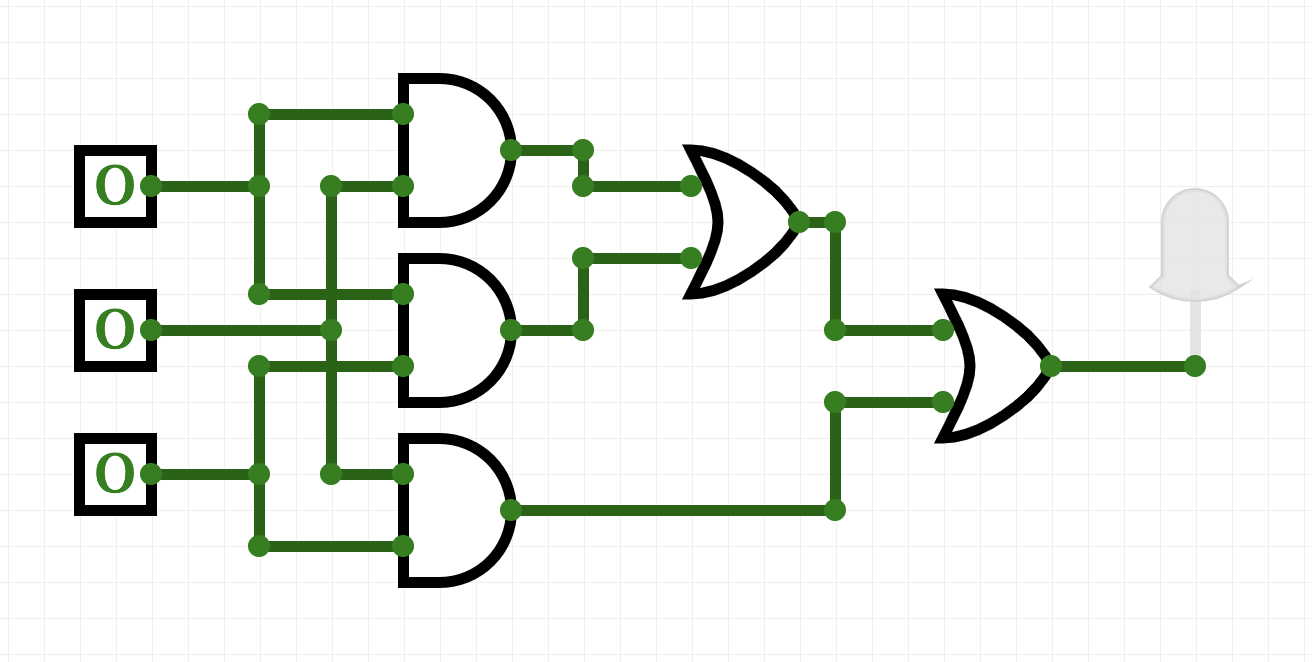 We'll use parenthesis to keep things neat. Now, let's look at the left hand side (lotsOfStuff1). It also has an or, so we can write it down: Let's keep refining our expressions (lotsOfStuff3) has an AND at the top, so, we will replace it with: (lotsOfStuff5) is just a wire back to the first input, so, we can write that instead: and similarly, (lotsOfStuff6) is just a wire back to the second input, so, we can write that instead: That looks better! If look at lotsOfStuff4, we see an AND gate with wires back to the first and third inputs: Similarly, we can replace lotsOfStuff2 with: Double-check your parentheses to make sure they are balanced (every parenthesis that is opened is also closed and every internal operator is included in a set of parentheses).
Save this line to a text file (you can use any text editor, just make sure to save it as plain text, with no formatting): (your expression, preceded by out = ). For the logical expressions homework, you submit just a text file with the logical expressions. The grading script evaluates the expression, testing it with different inputs. See the Programming Problem List.

Now is a great time to take Lab Quiz 5! (15 minutes) It is directly based on Lecture and Lab 5.
After that, you can continue working on the programming assignments. The Programming Problem List has problem descriptions, suggested reading, and due dates next to each problem.
Keep in mind that the due dates are one week late for flexibility (if one week there is a setback and you can't submit your programs, you will have time catch up). Still, each week you should work on the programming assignments for that week, even if they are due a week later. If you are on a roll, you are welcome to work ahead!!!